Building Alexa Skills means you have a Voice User Interface (VUI) and the fulfilling programming logic. For simplicity think of the frontend for the VUI and the backend for the programming logic. There are several ways doing the fulfillment of an Alexa Skill. Often developer use Amazon Web Services (AWS) Lambda which is a perfect fit: Simply enter the Lambda’s ARN (Amazon Resource Name) inside the Skill’s configuration. AWS Lambda supports code written in Node.js (JavaScript), Java, Python, C#, or Go.

There is also an alternative approach: You can enter a SSL/TLS secured https-address as the endpoint for other technologies and programming languages independently from AWS. Under the hood, there is only JSON via REST going back and forth. Thus every technology supporting that might work. In case you prefer your own infrastructure to AWS Lambda, please make sure to secure everything accordingly and always provide valid responses as described here.

Dealing with Java Script Notification Objects (JSON) might be tedious. Therefore, it is good to have some helpers out there, which can make your life easier – despite the preferred technology. Here is a brief list for your convenience:

Echosim.io (Alexa Skill Testing Tool)
Reverb (works in your browser, or on your tablet or phone)

Anything missing? Feel free to send me suggestions to complete the list, please!

Here is a brief list of some Alexa related links (both from Amazon and *independent). I hope those are handy if you like to start, discuss, or simply need help with Alexa. Suggestions are welcome.

How Loud Is Too Loud? Tips for Setting Your Alexa Skill’s Audio Volume Level
Normalizing the Loudness of Audio Content

Alexa for Business (an AWS service)

Last week I had a trip to the Droidcon Moscow where I talked about the Internet of Things, in particular smart home for creative developers and rookies. It was really exciting to see how interested and open minded the developers in the awesome Russian capital are. 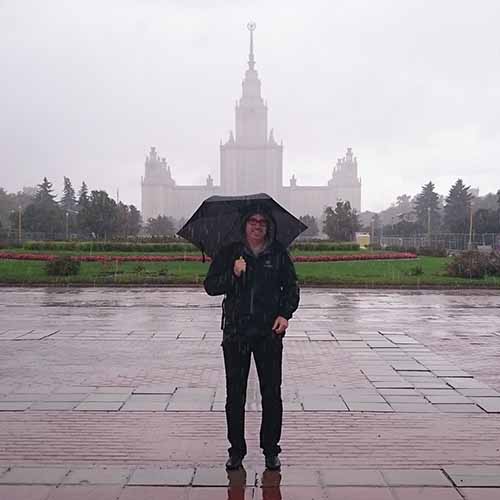 Well, the weather was not the best in front of the Moscow State University. Anyway, my personal favorite in Moscow is the weather-proofed subway: It’s soviet era charm is stunning.

I did the only English sessions and both have been packed (sorry for the parallel track ;)). Usually I get questions on privacy, security and stuff like that. But at Droidcon Moscow it was surprisingly different. The Russian developers seem to be really eager to start with the Internet of Things themselves and did ask a lot on how to do that. Especially the part on how to get technology-laggards and kids into that topic was very well received.

To make one really wanting to become a developer, it’s important rather to motivate than to teach: Teaching feels like school! But it’s more about continuous offering, playing and explaining. Especially because being a developer of new and innovative ideas does not mean you have to be a fulltime programmer. Nowadays almost everybody who is keen to get into the Internet of Things can do so thanks to various available easy toolkits.

Anyway, a basic understanding of programming does not hurt. If anything. A good starting point could be the following selection of trainings and tools. I made quite a good experience using these in the given order with my son and his classmates:

Well, as mentioned above that worked like a charm with my son. Even my daughter did great, but unfortunately she just does not like it that much until now: But I will not give up offering, playing and explaining and once I find a way, I will let you know…

This website uses cookies to improve your experience while you navigate through the website. Out of these, the cookies that are categorized as necessary are stored on your browser as they are essential for the working of basic functionalities of the website. We also use third-party cookies that help us analyze and understand how you use this website. These cookies will be stored in your browser only with your consent. You also have the option to opt-out of these cookies. But opting out of some of these cookies may affect your browsing experience.
Necessary Always Enabled
Necessary cookies are absolutely essential for the website to function properly. This category only includes cookies that ensures basic functionalities and security features of the website. These cookies do not store any personal information.
Non-necessary
Any cookies that may not be particularly necessary for the website to function and is used specifically to collect user personal data via analytics, ads, other embedded contents are termed as non-necessary cookies. It is mandatory to procure user consent prior to running these cookies on your website.
SAVE & ACCEPT